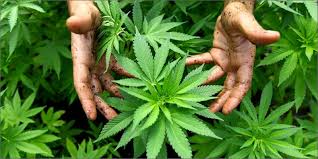 The American Legion, represents many conservative veterans, but that doesn't stop it from taking progressive positions on certain key issues.

A survey released Thursday by the American Legion, the nation's largest wartime veterans' service organization, indicates near-unanimous support among veterans for research on medical marijuana, with an overwhelming majority supporting legalization of the drug for medical purposes.

The Legion adopted a resolution last year calling on the Drug Enforcement Administration to reclassify marijuana from its current illicit status to a category "that, at a minimum, will recognize cannabis as a drug with potential medical value." The resolution also called on the DEA "to license privately funded medical marijuana production operations."

"People ask 'aren't you a law and order group'. Why yes we are," said Verna Jones, the Legion's executive director, at a press conference with members of Congress. "But we're also a group that takes care of veterans. And when veterans come to us and say a particular treatment is working for them, we owe it to them and listen" and do the research required.