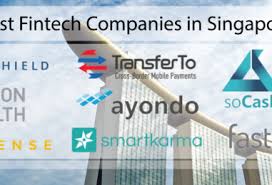 The central banks of the Philippines and Singapore have forged a FinTech agreement that could result in cross-border payments over a blockchain between their markets.

Announced yesterday at the sidelines of the Singapore FinTech Festival, the pact is a 'FinTech Co-operation Agreement' between the Bangko Sentral ng Pilipinas (BSP) and the Monetary Authority of Singapore (MAS), and aims to establish ties to promote financial technologies in each other's markets.

The agreement outlines a framework wherein the two central banks will collaborate to share emerging FinTech trends and developments and refer promising FinTech startups and companies to each other, carving an easier entry into the other's market with regulatory backing.

"MAS and the BSP are like-minded in their focus on harnessing financial technology to reduce inefficiency and benefit individuals and businesses," MAS managing director Ravi Menon stated. "This Cooperation Agreement between our two agencies provides a framework for promoting financial innovation not only in our countries but can also potentially contribute to broader efforts in ASEAN."

Singapore is, in particular, home to a number of FinTech endeavors including an MAS-backed vision to develop and create a digital Singaporean dollar on a blockchain. Earlier this year, the MAS revealed details of Phase 1 its 'Project Ubin' initiative that concluded with digital tokens of its national currency issued on a private Ethereum blockchain.