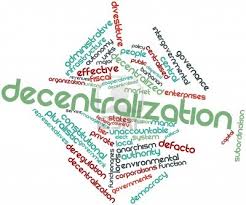 The recent secessionist referendum in Catalunya brought some strong negative reactions from several corners of the libertarian community.  The reasons to be against such a referendum varied, from the idea that any group action is, inherently, not libertarian to the idea that secession is only to be supported by libertarians if the seceding entity is, in fact, libertarian.

I believe libertarianism in theory is decentralization in practice.  Unless one is foolish enough to believe that one day 7 billion people will awaken at the same moment to the non-aggression principle, the only path open to us is to support an ever-growing number of possible governance units from which we might choose one that best suits our desired politics.

My responses to a couple of the anti-secessionist libertarians can be found here and here.  The very short version: we will never get from something like 200 political jurisdictions to 2,000 or 2 billion or 7 billion until we get to 201 first.  Support secession, then the next one and then the next one.  Do this a few dozen times and we might be getting somewhere.

So, what's the point of this preamble to my next installment in review of this publication?  Believe it or not, it is prompted by the election for mayor of New York City in June 1969.

I almost skipped this edition when I saw the title, "Mailer for Mayor."  I am not terribly interested in reading about a failed mayoral candidacy from almost 50 years ago.  I changed my mind within the first three lines (I should have known better than to shortchange Rothbard).