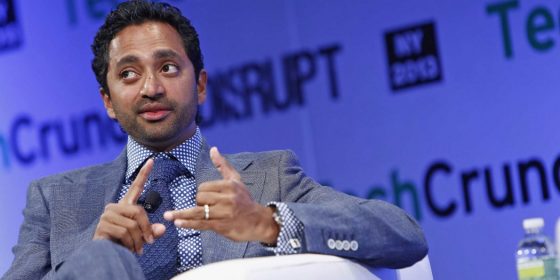 This isn't the first time a social media powerhouse has come forward with regret for helping create a social media platform either. Facebook's first president, Sean Parker, opened up about his regrets over helping create social media as we now know it last month. Parker has said that social media creates "a social-validation feedback loop" by giving people "a little dopamine hit every once in a while because someone liked or commented on a photo or a post or whatever."

Palihapitiya, who worked for Facebook from 2005-2011, expressed his concerns during a recent public discussion at the Stanford Graduate School of Business. He told the audience, "I think we have created tools that are ripping apart the social fabric of how society works."

"So we are in a really bad state of affairs right now, in my opinion. It [social media] is eroding the core foundation of how people behave by and between each other. And I don't have a good solution. My solution is I just don't use these tools anymore. I haven't for years," said Chamath Palihapitiya, the former vice president of user growth. "I don't know if I really understood the consequences of what I was saying, because of the unintended consequences of a network when it grows to a billion or 2 billion people and it literally changes your relationship with society, with each other," Parker said. "God only knows what it's doing to our children's brains."