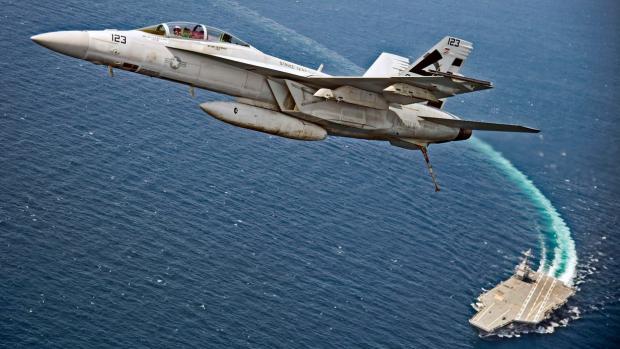 On July 28, an F/A-18F Super Hornet piloted by Commander Jamie Struck was launched from the flight deck by the ElectroMAgnetic Launch System (EMALS) shortly after arrival, when it made the first arrested landing with the Advanced Arresting Gear (AAG) system.

At first sight, the landing and takeoff of the Super Hornet on the Ford looked as conventional as any other touchdown and launch, but the superficial similarity hid technology that had never been used at sea before. For over 60 years, aircraft carriers around the world have launched fixed-wing aircraft using steam catapults, wherein a head of live steam blasted a piston down a slot in the flight deck that dragged the airplane along and hurled it into the air.

It's a system that worked, but it's complicated and requires a lot of crew to operate it and maintain it. Manufactured by General Atomics, the EMALS aboard the Ford replaces, for the first time, all that steam plumbing with an electromagnetic rail gun that does the same job, but is much simpler in design and easier to power. According to the US Navy, it's more reliable, easier to maintain, and has a higher launch energy capacity than previous systems.