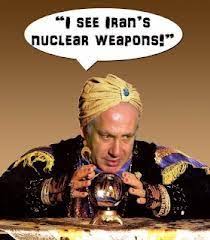 Sunday, Vladimir Putin called to thank him and the CIA for providing Russia critical information that helped abort an ISIS plot to massacre visitors to Kazan Cathedral in St. Petersburg.

Monday found polls showing Trump at his highest in months. Stocks soared 200 points at the opening bell in anticipation of pre-Christmas passage of the Republican tax bill. The Dow has added a record 5,000 points in Trump's first year.

And the Russiagate investigation may have busted an axle. Though yet unproven, charges are being made that Robert Mueller's sleuths gained access to Trump transition emails illicitly.

This could imperil prosecutions by Mueller's team, already under a cloud for proven malice toward the president.

Recall: Daniel Ellsberg, who delivered the Pentagon Papers to The New York Times, walked free when it was learned that the White House "Plumbers" had burgled his psychiatrist's office.