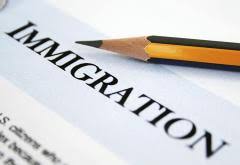 From the title of his essay and this sentence in the opening paragraph, I approached this piece with some caution – given my view that one cannot derive "open borders" from the non-aggression principle.  Maybe I am just a bit jumpy, given recent discussions of the topic.

I am glad, however, that I stuck to it and read the entire essay.  De Soto rightly points out the violations of the non-aggression principle inherent in the state's management of border control.  But he also sees that this coin is not one-sided:

However, the coercive action of the state manifests itself not only in hindering the free movement of people, but, at the same time, in forcing the integration of certain groups of people against the wishes of the natives of a given state or region.

This coin has two sides, and the two sides are almost irreconcilable – and certainly not conducive to simple slogans like "open borders is the only libertarian position!"