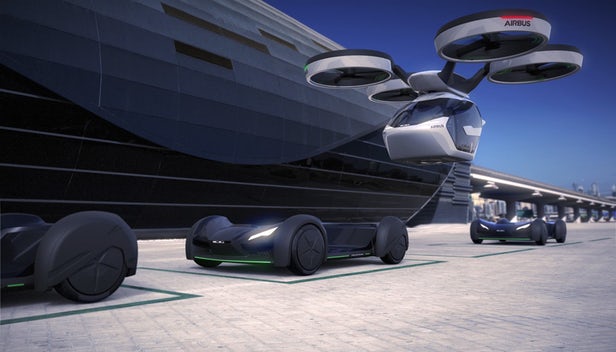 After covering major international auto shows and events stretching way back to January's 1-2 CES/Detroit Auto Show punch and through to this month's LA Auto Show, we've seen a lot of concept cars. They range from brilliant to unjustifiably weird. Our favorites of 2017 include past icons reinvented as vehicles of the future, electrifying ultra-premiums, hard-to-define segment-benders and utterly insane hypercars.

Even if the Bentley EXP 12 Speed 6e wasn't born an electric concept in a year that saw even the least likely auto badges getting more serious about electrified powertrains, it'd have made this list. What's not to like about a perfectly sculpted Bentley roadster with a plum-delightful interior blend of leather trim and cascading touchscreen center console?

Of course, the EXP 12 Speed 6e is an all-electric concept, and Bentley's first at that, so all the more reason it deserves to be here. Bentley didn't detail the 6e's electric powertrain layout when it introduced the concept at the Geneva Motor Show, but it did say that such an electric car would spit out plenty of torque and grand touring capability – enough to complete a trip between London and Paris, roughly 300 miles (483 km), on a single charge. That's about in line with the 311+ (500-km) miles that other VW Group badges have been estimating on their concepts. The all-electric design has an added bonus, inspiring the copper accents that dress both interior and exterior.

"Where are our flying cars?" It's a query that's been shouted from the hilltops and is likely to get louder and louder, given that flying cars have been "just a few years away" for, well, more than just a few years. 2017 didn't provide the answer to that question, but it did bring plenty of flying car news, and it did see a few flying car designs show up at major international auto shows. Before Daimler welcomed folks to its Frankfurt Motor Show hall with a Volocopter vessel, Italdesign and Airbus wowed the Geneva crowds with the Pop.Up concept.

This Diesel Tesla Got a YouTuber in Trouble With the EPA

No More Down by the River?

5 Most Common Types of RV Toilets You NEED to Know

Real RVers talk about their RV worries for 2023

Heybike Ranger Electric Bike for everyday use. Is this one for you?