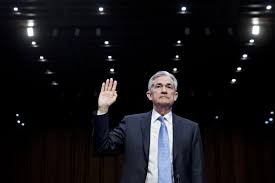 Investors are elated by a booming global economy and the promise of central banks to tighten monetary policy only gradually. But a question haunts them: Will interest rates develop a mind of their own?

While central banks set short-term rates—the 1.5% rate that the Federal Reserve publishes on its website—economists disagree about how much control they have over long-term borrowing costs. These are gauged by government-bond yields, especially those with returns tied to inflation.

Many markets could climb off record highs if real rates rise. But it is hard to forecast, said Kevin Gardiner, global investment strategist at Rothschild Wealth Management, because "nobody knows exactly what sets interest rates."

Real rates have often moved in lockstep with central-bank policy—but not always. In the 1970s, runaway inflation pushed real rates down even as the Fed and other central banks increased nominal rates.

The Bank Of England's Governor Fears A Liquidity Trap

The "Last Hurrah" For Central Bankers

"This Is Insanity!" - Jim Rogers Warns Of "Horrible Time" Ahead

Subprime Will Be Back With A Vengeance In 2020

$1.5-Trillion In US $100 Bills Are Being Hoarded by Investors To Protect against Bank...

Tesla Picks Pockets Of Chinese Banks As It Borrows Another $1.4 Billion