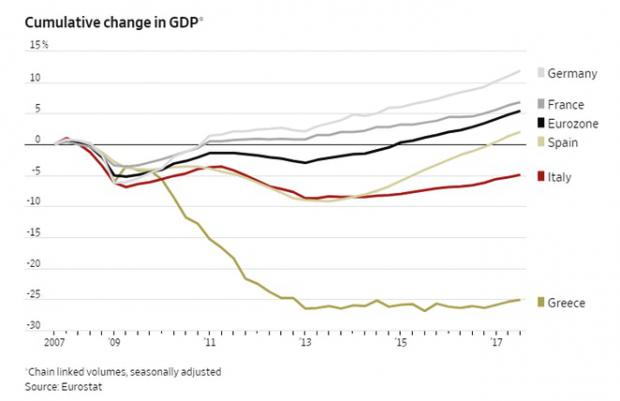 Italy's President Sergio Mattarella dissolved parliament Thursday and called elections for early March, a vote that will highlight the economic and political problems still stalking Europe and the country's role as the weakest flank in the currency union.

The vote—the latest in a series of momentous elections in Europe—will be in line with the overwhelming trends of 2017, featuring a fractured electorate, continued pressure from populist movements and predictions of a struggle to form a cohesive government.

Its economy is 6% smaller than at the start of 2008, making it the only G-7 economy not to have returned to its pre-crisis size.

In a speech a decade ago as head of Italy's industry association, Luca di Montezemolo, former chairman of Fiat SpA, listed 10 urgent reforms Italian businesses wanted from the government, including a leaner bureaucracy and lower taxes. "I could give that same speech today," he said in an interview.