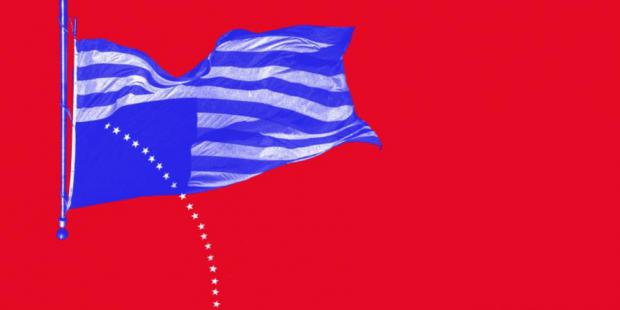 The bottom line: Maybe President Trump was onto something when he decided that he needed to make America great again. From health care to education, the U.S. is starting to see notable declines in the areas that matter the most to regular citizens.

America just registered its second straight year with a decline in life expectancy. That last happened more than a half-century ago. There is some good news: heart disease and cancer death rates are down.

2. Student debt is piling up

College costs continue to soar, jumping 6.1% from 2013 to 2016, but the median income for those with college degrees only rose 2.1% over that same period, per Bloomberg. As a college degree becomes a requirement for entering an increasingly competitive workforce, many young people are doing so with a pile of debt. Student debt hit $1.3 trillion this year, compared to just $243 billion back in 2003.

3. Homes are out of reach for millennials

First-time homebuyers accounted for 34% of all home purchases in 2017, which neared a historic low, per CNBC. Chalk that up to sky-high home prices and those massive piles of student debt, which the New York Fed saidaccounted for a noted drop in homebuyers amongst millennials this year.