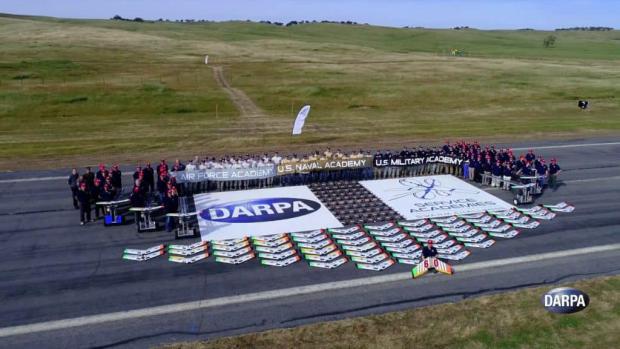 The science fiction-sounding goal: Put an autonomous robot swarm of 250 or more drones under the control of light infantry soldiers or Marines to do complex tasks on the urban battlefield.

The autonomous micro-drones completed multiple missions, including adaptive formation flying, collective decision-making and self-healing, according to the Defense Department release.