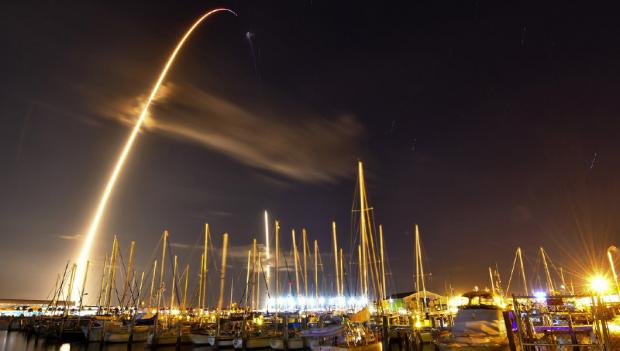 The Pentagon is not saying anything about the fate of the military payload, code-named "Zuma," that was launched this week and may have crashed soon after, and neither is anyone else.

"I would have to refer you to SpaceX, who conducted the launch," said Dana White, chief Pentagon spokesperson when questioned about the unexplained mystery Thursday, four days after the satellite did or did not go into orbit, or more likely ended up falling back to Earth and plunging into the ocean.

A reporter for Bloomberg, who was among the first to report that something had gone awry with Sunday's launch, was aghast that Pentagon briefers were refusing to give even the barest details about the highly-classified mission.

"I'm sorry. This is a billion-dollar satellite. It's been four days. Was it a success or a failure?" pressed Bloomberg's Tony Capaccio. "And what's the fate of the satellite?"