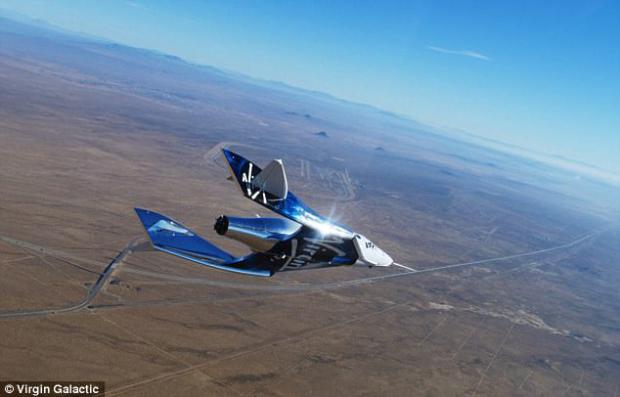 The test, which comes more than three years since the firm's fatal crash, saw the craft manoeuvre safely to the ground from an altitude of 50,000 feet (15,000m).

So far, more than 700 affluent customers, including celebrities Brad Pitt and Katy Perry, have reserved a $250,000 (£200,000) seat on one of Virgin's space trips, with commercial flights planned for the end of the year.

Founded in 2010 with the aim of taking paying customers to space and back again, tragedy struck Virgin Galactic in 2014 when a catastrophic SpaceShipTwo test flight crash killed one pilot and seriously injured another.

It took two years for the company to regain approval from the US Federal Aviation Administration (FAA) to fly SpaceShipTwo again.

Once the pair reached 50,000ft (15,000m), Unity was released for an unpowered descent back to the spaceport.