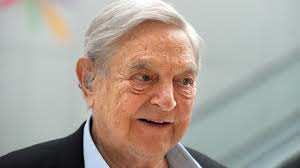 Hungarian-American tycoon George Soros, who runs the $26 billion Soros Fund Management and chairs the global board of the Open Society Foundations (OSF), made the remarks while speaking to the Financial Times.

Soros claimed nationalism has now become the "dominant ideology in the world," taking aim at the 28-member European Union. "It's the EU that's the institution that's on the verge of a breakdown," he asserted. "And Russia is now the resurgent power, based on nationalism."

In Russia, Soros' organizations were banned in 2015 by authorities citing security threats they posed to the country.

In his native Hungary, Soros is thought to be plotting against the government of hardline rightwing politician Viktor Orban. Prime Minister Orban believes Soros has been creating a low-key network to undermine his cabinet and influence EU policies in Brussels.

Hungary's leader has consistently accused Soros of fueling the refugee crisis in Europe and eroding European cultural identity. In October last year, the Prime Minister said more than 200 members of the European Parliament are listed by the billionaire's "empire" as "friends to the network."