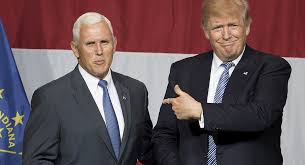 DONALD Trump will become the first US president to address an anti-abortion march in 45 years on Friday.

The move highlights his shift in recent years from a supporter of women's access to abortion to, now, a powerful opponent.

Trump is due to address the march in Washington via satellite from the White House Rose Garden on Friday afternoon.

Ronald Reagan, Trump's fellow Republican, made supportive remarks to the march in 1987 via telephone, while George W. Bush, another Republican, twice did the same, in 2003 and 2004.

"The President is committed to protecting the life of the unborn, and he is excited to be part of this historic event," Sarah Sanders, the White House press secretary, told reporters on Wednesday.

Trump was previously a supporter of women's access to abortion.