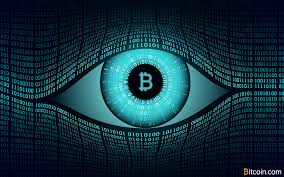 overnments worldwide have been ramping up regulations for cryptocurrencies and hiring research and blockchain surveillance teams. One firm that tracks transactions on the Bitcoin Core blockchain is called Chainalysis, and this year the company has gathered over a half a million USD on record from various government and law enforcement entities.

Over the course of the past year, one company has received a lot of money from government and law enforcement groups. That firm is Chainalysis, a blockchain surveillance team created in October 2014 by Jan Moller, Jonathan Levin, and Michael Gronager. Currently there's a whole slew of teams that monitor blockchain activity, but Chainalysis has worked with nearly every U.S. government agency and is also employed by European organizations as well such as Europol. On record, the company has garnered $500,000 USD from the Department of Homeland Security (DHS), the Internal Revenue Service (IRS), Immigration and Customs Enforcement (ICE), and many more entities. The company is likely the most hired firm dedicated to following bitcoin transactions as multiple reports have disclosed many contracts and partnerships with Chainalysis over the past twelve months.

For instance, the U.S. law enforcement agency the Federal Bureau of Investigation (FBI) have poured a lot of money into Chainalysis's coffers. The company was hired by the IRS earlier this year, and the Drug Enforcement Agency (DEA) has paid Chainalysis this past fall. All three of these agencies have paid Chainalysis multiple times in the past as the firm has helped with investigations like the Silk Road trial and the Mt. Gox bankruptcy as well. Last year the company also disclosed in a U.S. congressional hearing that it knew the location of the missing 650,000 BTC lost during the Mt Gox demise. At the congressional hearing, the Chainalysis co-founder Jonathan Levin told a U.S. senator the firm had found the Mt Gox coins. Levin states this past June:

Chainalysis was the official investigator in the Mt. Gox bankruptcy case and the destination of those coins is definitely known. Chainalysis' clustering algorithm for this data was intended to isolate sub-economies, and not see each individual trades ("hops"), so the number of hops between exchanges are removed, and you end up with the start and finish of a transaction, and a smooth chord that shows you where the transaction began and ended. Source: David Shares.

Chainalysis' website states that the company believes in cryptocurrencies and blockchain technology. However, the company was built to spot connections between digital identities and identify malicious actors. The firm's mission statement is to create tools that respect user privacy but also prevent abuse within the financial system at the same time.