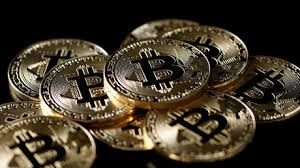 CCN reports that a Tokyo-based real estate firm is selling a commercial building for 547 bitcoin, or $6 million. It is said to be the first building in Japan to be sold using bitcoin.

The company's CTO, Yokozawa Yuske, said a growing number of investors in the local cryptocurrency space have started to eye the country's real estate market, primarily to spend profits they had amassed from their cryptocurrency investments over the past few years.

Yuske noted that there are also many investors in the local real estate market looking to sell multi-million dollar properties in exchange for bitcoin, chiefly because it's easier to sell a large asset than to cash out a massive chunk of bitcoin: Most cryptocurency exchanges would make users undergo a vigorous verification process.

A Yitanzi spokesperson noted that a property in Tokyo will be sold for bitcoin in the upcoming weeks and that other properties listed by the startup will also be sold for bitcoin. For now, the company is only accepting bitcoin: Other cryptocurrencies may be added in the future.