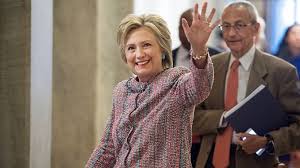 GOP Congressional investigators have written six letters to individuals or entities involved or thought to be involved in the funding, creation or distribution of the salacious and unverified "Trump-Russia dossier" believed to have been inappropriately used by the FBI, DOJ and Obama Administration in an effort to undermine Donald Trump as both a candidate and President of the United States.

A brief refresher of facts and allegations:

The DNC and Hillary Clinton's PAC was revealed by The Washington Post  to have paid opposition research firm Fusion GPS for the creation of a dossier that would be harmful to then-candidate Donald Trump.

Fusion commissioned former UK spy Christopher Steele to assemble the dossier - which is comprised of a series of memos relying largely on Russian government sources to make allegations against Donald Trump and his associates.