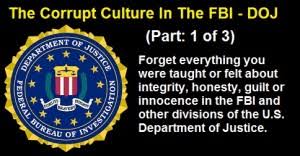 McCabe's roles in both the Clinton email investigation and Russia probe came into question after it was reported last week that he, in addition to former Director James Comey and Rod Rosenstein, is named in the 4-page memo drafted by Rep. Devin Nunes (R-Calif.) alleging "shocking" revelations of collusion and corruption.

"Yeah right, that's why he stepped down a day after the FBI saw the FISA memo and the day the House votes on its release. Sure. That's it," Trump tweeted Monday. "Now the other media sheep have their talking points. Go spread the gospel. Who do you think you're kidding at this point?"

Though McCabe had been set to retire sometime in March, the timing of this particular development has not gone unnoticed by other leading conservative voices.

Even CNN's Jim Acosta acknowledged McCabe was "essentially being pushed out" after Wray reviewed the memo.

McCabe had been the focus of criticism by President Trump and other Republican lawmakers for reports of conflict of interest involving McCabe's wife and the Clintons.