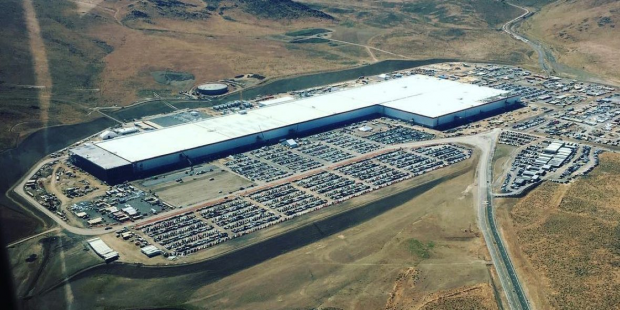 Though Tesla is still a lower volume automaker, its factory in Fremont is sprawling. Back in the days when it was the NUMMI factory (GM and Toyota joint venture) it was churning out more than a handful of vehicles. In order to facilitate increased productivity, Musk may turn to his Boring Company tunnels to get materials across the property more quickly and efficiently.

Apparently, Tesla's seat factory is three miles from the main buildings in Fremont. During the automaker's recent Q4 earnings call, CTO J.B. Straubel commented about issues involving limitations in getting materials from point A to point B. Musk then revealed that the automaker may rely on Boring Company tunnels to prepare for high-volume production. He said (via Teslarati):

"We are looking at building tunnels, using The Boring Company's thing, because we have, for example, our seats production is at a separate building on Page. And we have a bunch of trucks moving seats back and forth between both the primary Fremont production and the seat factory.

And we actually get constrained on how many trucks can we dock and undock at the seat factory, which is only, I don't know, half a mile or a mile away from the vehicle plant. So it'll be pretty easy to just have a tunnel, do an automated conveyance from seats to the factory."

Blackrock is buying every single family house they can find, paying 20-50% above asking price

Tesla Cybertruck: Is Over 1 Million Pre-Orders Even Possible?