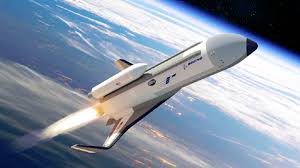 The DARPA Launch Challenge won't be formally announced until April, but Fred Kennedy, director of DARPA's Tactical Technology Office, said it is part of an effort to harness growing commercial capabilities to address threats to national security space assets.

"How do we build less expensive systems on rapid timescales? How do we re-inject a sense of innovation into national security space and, frankly, all of space?" he said in a speech at the Federal Aviation Administration's Commercial Space Transportation Conference here Feb. 8. "We want to be able to enable proliferation and disaggregation of our systems."

One approach for doing so is a prize competition DARPA is developing for responsive launch, intended to foster the development of vehicles that can launch on short notice and from a variety of locations.

"I want to do something like 'Orbitz for orbits,'" he said, referring to the online travel service. His vision is an online booking service where he could select an upcoming launch going to the desired orbit and with the desired capacity. "I can't do that today. I have no way to accomplish that. But yet, I see emerging in the small launch industry the ability to do just that."