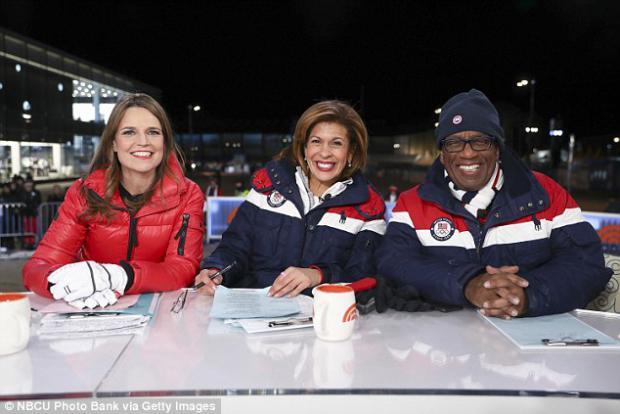 This year's Winter Games in South Korea saw the number of views decline by 24 per cent compared to the 2014 Winter Olympics in Sochi, Russia, within the 18 to 49 years demographic.

The slump in views may have burned a hole in NBC's wallet after the network invested $12billion to cover the cream-of-the-crop competition, but had to offer free ad time to advertisers when it failed to reach the promised number of viewers.

Although sports viewership has declined in the past two years, in 2012 for the London games the number of eyes following the Olympics peaked, with an average of 31.1million tuning in, according to CNN Money.

But hopes for a rise in Olympic viewership have been crushed as even the games' Opening Ceremony failed to entice enough viewers to watch the dazzling display, yielding an 8.6 per cent decrease in viewers from the last Opening Ceremony in 2014.

NBC notes, however, that viewership for the Olympics is down only 15 percent compared to the aforementioned 24 when including viewers from both NBC and NBC Sports Network also airing coverage of the games.