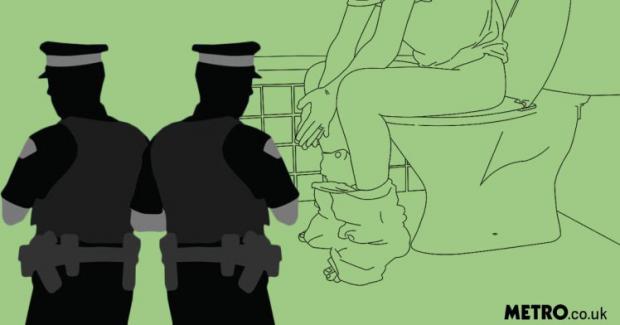 A suspected drug dealer on a record-breaking toilet strike would rather die than take a poo, his lawyer has said.

Lamarr Chambers, 24, has now spent 38 days in police custody after Essex Police arrested and detained him on January 17.

Appearing in court yesterday, his lawyer, Andrew Horsall QC, said he finds himself in 'unchartered territory' with Chambers.

He said his client's 'life is at risk' as he 'doesn't want to be resuscitated' if he collapses, Essex Live reports.

Officers believe he swallowed some of the drugs before his arrest in Harlow, Essex, and they have been patiently waiting for him to finally go ever since.

His record-breaking poo strike is in its second month

But with this waiting game now in its second month, Essex Police had no choice but to request more time to detain him in court.

Chambers appeared before magistrates yesterday, where the force applied to keep him in custody until Monday.

He said: 'Justice will be served one way or another, reject the application and continue with the case as it would be normally dealt with.'