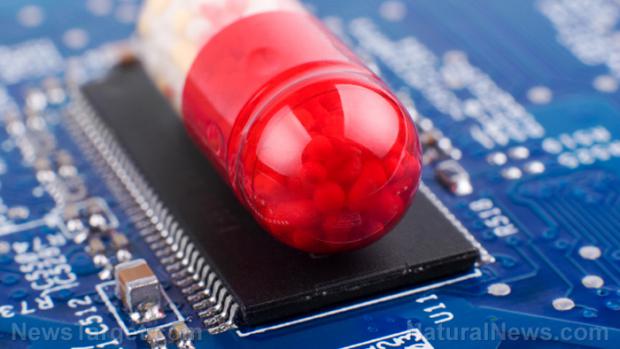 (Natural News) It apparently isn't enough for the pharmaceutical cartels to hold a total monopoly on all things medicine. Emerging pharmaceutical research is now trying to embed QR codes inside drug pills that are capable of tracking whether or not people take their prescriptions – which means billions of dollars in new profits for drug companies.

They're giving it more palatable terms like "personalized" medicine – a supposed move away from the mass production model of drug production that send thousands of generic white, blue, and red pills down an assembly line and into nondescript bottles. But the infusion of barcodes into pharma drugs means more power and control for the legal drug lords.

Researchers from the University of Copenhagen in Denmark have been doing much of the dirty work on this front. In conjunction with a team of researchers from Åbo Akademi University in Finland, edible QR material designed for injection into pharmaceuticals is already in the works, and according to those involved with its manufacture, it'll have the capacity to store all sorts of data.

"Simply doing a quick scan, you can get all the information about the pharmaceutical product," stated Natalja Genina, an assistant professor in Åbo Akademi University's Department of Pharmacy. "In that sense it can potentially reduce cases of wrong medication and fake medicine."

"This technology is promising, because the medical drug can be dosed exactly the way you want it to. This gives an opportunity to tailor the medication according to the patient getting it."

Their hope is that one day it might be possible to print such codes on regular printers, making it easy to apply to the edible material, which would still have to be produced in advance. But the two products could still be easily conjoined, allowing for all sorts of customized applications, depending on the need.

"If we are successful with applying this production method to relatively simple printers, then it can enable the innovative production of personalized medicine and rethinking of the whole supply chain," added professor Jukka Rantanen, also from the Department of Pharmacy.

Besides personalization, the technology also stands to allow drugs to become more traceable. So-called drug "fraud" is something that would be a lot tougher if individual drug pills came with their own stamp of authenticity, so to speak, that could be scanned and verified that it actually came from its manufacturer.

Counterfeit drugs, according to Smithsonian Magazine, are a $75 billion per year market that grows larger year after year. Some of these counterfeits contain the wrong ingredient, while others contain no active ingredients at all.