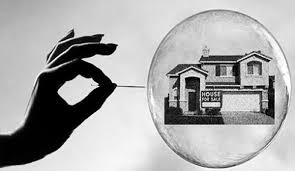 The latest Black Knight Mortgage Monitor is worth a very close look.

Here's what the report says about the feature chart.

Recent rate jumps coupled with climbing home prices have increased the cost to purchase the median home by $67/month (+6 percent) over the past six weeks.

Overall, it costs $1,141 in monthly principal and interest to purchase the median home using a 30-year fixed mortgage with 20 percent down, the largest monthly payment required since late 2008.

It currently takes 23 percent of the median income to purchase the median home, the highest share since 2009.

However, overall affordability remains better than long-term historical averages, even taking the recent rate jump into consideration. Purchasing the median home requires one percent less of the median income than 1995-1999, three percent less than 2000-2003 (before the sharp run-up in home prices) and two percent below those combined benchmarks (1995- 2003).

Average incomes are more than 20 percent higher today than in 2006 (according to the Census Bureau) and interest rates 2.3 percent lower. As such, affordability remains much better than at the pre-recession peak, even though today's home prices have surpassed 2006 levels.

Assuming all else remains equal, to return to 2006 affordability levels, interest rates would have to climb north of 8.0 percent or the median home price increase to $420K.