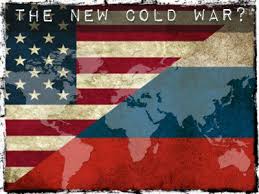 If President Trump is "Putin's puppet," as the loonies of #TheResistance claim, then why is the Russian leader making speeches threatening to destroy the United States with "invincible" nuclear weapons – and illustrating his threat with a video rendition of a Russia ICBM circling the globe and hitting Florida? Although the Russians deny it, it looks to me like that missile is headed straight for Mar-a-Lago.

Putin's recent speech was over two hours long: the first half was taken up with Putin's take on every single aspect of life in Russia, from the state of the airports to the housing market to healthcare, illustrating the fact that there is hardly any aspect of human existence that is not touched by the Russian state. It's a textbook illustration of what we used to call Oriental despotism: constantly exhorting his subjects to do better, Putin has an opinion on every conceivable issue, and then some.

After an hour and a half of this, when his listeners were numb with the sheer quantity of all that wordage, Putin launched into a vivid series of descriptions of the new weaponry Russia has developed, including an "invincible" nuclear-powered missile supposedly capable of evading anti-missile systems. He prefaces all this with a series of complaints, accurately pointing to the fact that the US withdrew from the ABM Treaty in 2002, and averring that every attempt on the part of the Russian side to negotiate was met with indifference and even contempt by the West: "No, nobody really wanted to talk to us about the core of the problem, and nobody wanted to listen to us. So listen now."