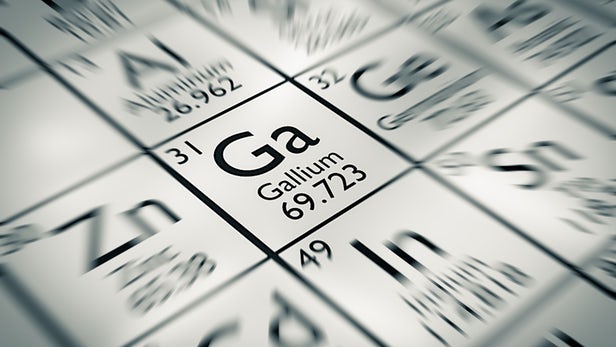 Researchers at Rice University and the Indian Institute of Science have now isolated a 2D form of the soft metal gallium, dubbed "gallenene," which could make for efficient, thin metal contacts in electronic devices.

Reducing a regular 3D material into two dimensions can fundamentally change its electric, magnetic, physical or chemical properties. Putting aside the attention-grabbing graphene, in recent years scientists have created 2D versions of materials like black phosphorus, molybdenum disulfide, and chromium triiordide, which is so far the only material capable of retaining magnetism in two dimensions.

In its familiar 3D state, gallium has a low melting point of just below 30° C (86° F). That makes it a great candidate for applications that need liquid metals at roughly room temperature, and we've seen gold-gallium and indium-gallium alloys put to work in "metal glue," flexible electronic circuits, fluidic transistors and cancer-hunting "Nano-Terminators."