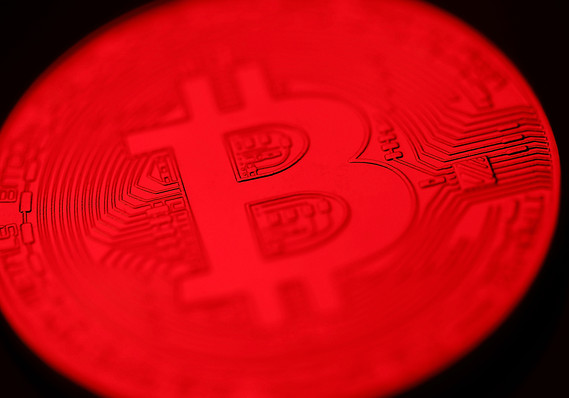 Cryptocurrency prices were sharply lower Monday, with the No. 1 digital currency trading at a weekly nadir as popular sites banned digital-currency advertisement.

After staging a relief rally early last week, the price of a single bitcoin is in danger of breaking the Feb 6. low of $5,947.40, which technicians see as a pivotal support level.

Monday's slide comes after a record week of low volatility.

Despite the surging volatility in the stock market, bitcoin is coming off its quietest week in a long time. Last week's range in the Cboe bitcoin April contract XBTJ8, -0.13% of $8,100 to $9,190 was the tightest since the contract listed in late January, according to the Cboe Options Exchange.