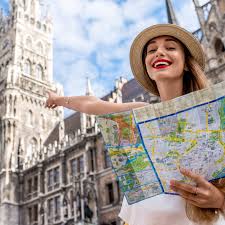 The German National Tourism Board has announced that it accepts cryptocurrencies such as bitcoin for its services. The organization promotes German travel destinations with offices in 32 countries around the world. GNTB also intends to implement blockchain technologies in its finances. "We want to be a global innovation driver in the tourism industry," its chairperson recently stated.

Services offered by the German National Tourism Board (GNTB) can now be paid in cryptocurrency. The organization which promotes Germany as a travel destination accepts bitcoin payments from March this year, according to a press release. It also announced "medium-term" plans to test blockchain technologies in the processing of its international financial transactions. "Within our digitization strategy, we are constantly examining the latest technologies and considering their application in our organization," said GNTB's Chair Petra Hedorfer. "By accepting cryptocurrencies as means of payment and with the possible implementation of the blockchain technology in our finances, we want to position ourselves as an innovation driver in the tourism industry," she added.

The blockchain technology offers "interesting perspectives" in regards to the speed, transparency and security of financial transfers, the Board also notes. The announcement recognizes the "potential for tremendous improvements and savings" in international transactions.

For over six decades, the German National Tourism Board has been working to promote internationally travel opportunities in the the Federal Republic. It is constantly developing new marketing strategies and concepts based on specific themes, events and attractions. These are implemented under the "Destination Germany" brand that has been introduced on multiple markets around the globe.

GNTB says it is actively involved in efforts to optimize the marketing activities of its partners – German travel companies, commerce and trade associations. It also participates in sales activities in immerging and growing markets in order to increase the volume of tourist traffic and boost foreign currency receipts.

BREAKING! The US Military Has Raided And Seized GERMAN Servers Tied To Dominion Voter...

German-Style Internet Censorship Catches On Around the World