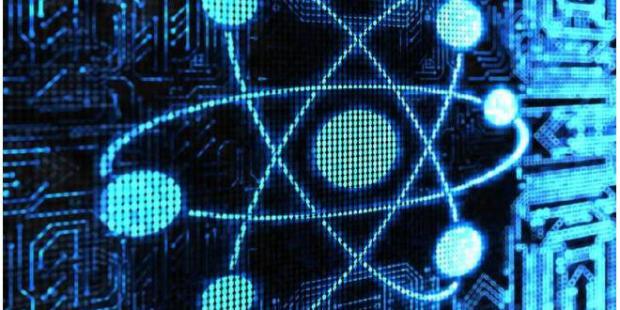 IBM has joined nearly 100 startup founders, venture capitalists and industry thought leaders at the first IBM Q Summit Silicon Valley event in Palo Alto, CA. The goal of the day: cut through the hype and focus on the present state of quantum computing and how organizations, and developers can prepare for the future.

Above – Scientists inside the IBM Q computation center, which houses IBM's most advanced quantum computers, accessed via IBM Cloud by the IBM Q Network.

IBM Q Summit attendees are gathering to discuss what to expect over the next five years and what it means to be "quantum ready." The discussion will inevitably also center on the emerging role of the quantum developer and what that means for future application development.

Today, IBM is taking another substantial step in broadening access to quantum computing. IBM is announcing the first startups to join the IBM Q Network, a worldwide community dedicated to advancing quantum computing and exploring practical applications for business and science. Membership in the network will enable these startups to run experiments and algorithms on IBM quantum computers via cloud-based access. Additionally, these startup members will have the opportunity to collaborate with IBM researchers and technical SMEs on potential applications, as well as other IBM Q Network organizations.

The IBM Q Network, which launched in December 2017, provides participating organizations various levels of cloud-based access to quantum expertise and resources, and for certain members, access to the IBM Q System, one of the most advanced, scalable universal quantum computing systems available. It will also provide startups in the quantum computing race deeper access to APIs and advanced quantum software tools, libraries and applications, as well as consultation on emerging quantum technologies and applications from IBM scientists, engineers and consultants.

These startups include:
* Zapata Computing – Based in Cambridge, MA, Zapata Computing is a quantum software, applications and services company developing algorithms for chemistry, machine learning, security, and error correction.

* Strangeworks – Based in Austin, TX and founded by William Hurley, Strangeworks is a quantum computing software company designing and delivering tools for software developers and systems management for IT Administrators and CIOs.

* Q-CTRL – Our hardware agnostic platform – Black Opal – gives you the ability to design and deploy the most effective controls to suppress errors in your quantum hardware before they accumulate, accelerating your roadmap to functional systems. Based in Sydney, Australia, Q-CTRL is backed by Main Sequence Ventures and Horizons Ventures.

* Cambridge Quantum Computing (CQC) – Established in 2014, CQC is a leading independent quantum computing company combining expertise in Quantum Information Processing, Quantum Technologies, Artificial Intelligence, Quantum Chemistry, Optimization and Pattern Recognition. CQC designs solutions such as a proprietary platform agnostic compiler that will allow developers and users to benefit from Quantum Computing even in its earliest forms. CQC also has a growing focus in Quantum Technologies that relate to encryption and security.

* 1QBit – Headquartered in Vancouver, Canada, 1QBit builds quantum and quantum-inspired software designed to solve the world's most demanding computational challenges. The company's hardware-agnostic platforms and services are designed to enable the development of applications which scale alongside the advances in both classical and quantum computers. 1QBit is backed by Fujitsu Limited, CME Ventures, Accenture, Allianz and The Royal Bank of Scotland.