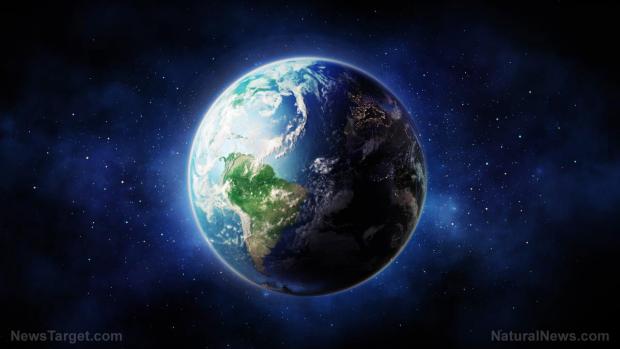 (Natural News) After many years of mainly Earth-bound inventions and innovations, could it finally be time for the Defense Advanced Research Projects Agency (DARPA) to set its sights elsewhere, particularly space? Regardless of whether you think it's a worthy exercise or not, the agency itself appears to have found clear reasons to engage the endeavor.

Indeed, as a news release states, DARPA now sees a "clear path" to not only faster but also cheaper space technology. And what's more, the current agency director himself, Steven Walker, has vowed in a statement that, "space is going to be one of my priorities." It's a promise that could very well shape the future of DARPA for many years to come.

To be clear, DARPA's renewed focus on space as a sort of "final frontier" appears to be geared more towards preparing military-focused applications as opposed to consumer-facing implementations of existing and new technology. Walker appears to have sided with both the Pentagon and the intelligence community in their assessments that space has now become a lot more militarized, making U.S. satellites more vulnerable. It is said that even before the Pentagon recognized space as a potential battlefront, DARPA has already held this view. So this is just a return to form. (Related: DARPA unveils gene editing infrastructure to build genetically engineered "super soldiers".)

According to Walker, they're already performed the initial steps necessary in to advance this new "space battlefront" project. "DARPA four or fie years ago moved that discussion further along and we brought it to the attention of senior leadership all the way to the White House," he explained. At the time, he said it was clear that "space was changing, that things were getting very contested and that the U.S. needed some programs to counter it."

At the moment, many different technologies that have been developed for use in such matters are classified. But they do exist behind the proverbial curtain, and all that's necessary now is to further refine them and figure out which ones are truly workable and which ones aren't. In Walker's view, it's high time that the Department of Defense (DoD) moved to shift future spending to nearby constellations in low-earth orbit (LEO), which are made up of dozens or perhaps hundreds of small satellites.

Google Unveils Pill That Turns You Into A Human Antenna

Patent document shows that DARPA built covid with the help of Bill Gates, WHO

Hacking the Brain With Nanoparticles

Moderna takes millions in DARPA money, yet fails to mention taxpayer funding in...

The Vaccine From Hell