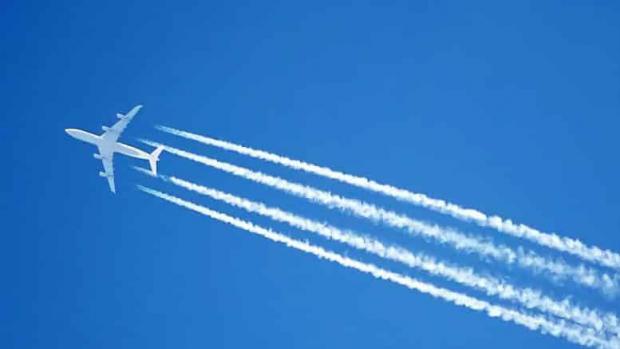 It's 2055. A row of airplanes streak across the sky. They're barely visible because they're flying far above the usual traffic of jetliners, transport balloons, and delivery drones.

The mission is to release a cloud of tiny particles into the atmosphere. The cloud creates a barrier that reflects sunlight back into space, keeping it from being absorbed on Earth, where it would further warm the planet.

The planes do this every day, as they have for years.

They're effective. Because of these planes, there are fewer killer heat waves. Some reports say ice loss at the poles has slowed. There are side effects of altering the atmosphere. Massive droughts have caused famines, and some worry the same technology could be used as a weapon.

That scene, which describes geoengineering, isn't happening today, contrary to what some conspiracy theorists might tell you. But it soon might. Some scientists think geoengineering could be our last resort to prevent the most catastrophic effects of climate change.