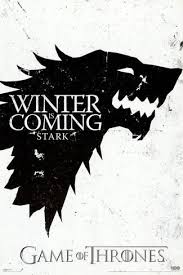 "Reflect on what happens when a terrible winter blizzard strikes. You hear the weather warning but probably fail to act on it. The sky darkens. Then the storm hits with full fury, and the air is a howling whiteness. One by one, your links to the machine age break down. Electricity flickers out, cutting off the TV. Batteries fade, cutting off the radio. Phones go dead. Roads become impassible, and cars get stuck. Food supplies dwindle. Day to day vestiges of modern civilization – bank machines, mutual funds, mass retailers, computers, satellites, airplanes, governments – all recede into irrelevance.

Picture yourself and your loved ones in the midst of a howling blizzard that lasts several years. Think about what you would need, who could help you, and why your fate might matter to anybody other than yourself. That is how to plan for a saecular winter. Don't think you can escape the Fourth Turning. History warns that a Crisis will reshape the basic social and economic environment that you now take for granted." – Strauss & Howe –

The Ripple Effect Podcast #250 (Patrick Lovell & Sean Dustin | The Con: We Were All Sold A Lie)

THIS Used To Be Our Poop! | Transforming Human Waste Into Healthy Soil | Humanure Compost

Why COVID Vaccine Trials Should Alarm Everyone

New SpaceX Starship fails to fire, but the Mars rocket has more chances

Separate Healthcare and the State

Why Americans Think it's a Good Idea to Remember to Smile ?" And New Yorkers Get a Huge Rem