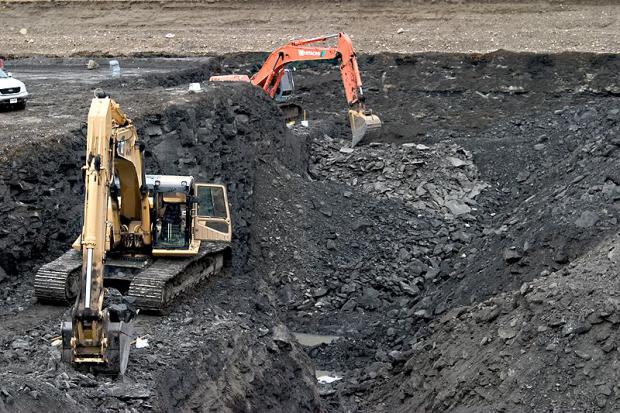 (Natural News) The problem of electronic waste (e-waste) has become so bad in many parts of the world that scientists are constantly looking for better ways to dispose of it. E-waste, which includes things like old and discarded mobile phones, computers, and television sets, is currently considered as one of the fastest-growing waste categories in the entire world. Now a team of researchers has come up with an effective e-waste disposal method that's not only sustainable, but also profitable.

A group of researchers from China – who had financial backing from the National Natural Science Foundation of China as well as the National Social Science Fund of China – have discovered that it can be far cheaper to take e-waste materials and recover copper, gold, and other metals from them compared to getting the metals directly from mines. The researchers shared their findings in a study titled, "Urban Mining of E-Waste is Becoming More Cost-Effective Than Virgin Mining," which was recently published in the journal Environmental Science & Technology. (Related: If you compute, you pollute: the dark legacy of e-waste and a nation of consumers in denial.)

It is said that about 50 million tons of e-waste will be discarded all over the world in 2018. This is based on data from the United Nations' Global E-waste Monitor report, which was released some time in 2017. Typically, e-waste comprises certain amounts of metal. For instance, a conventional cathode-ray tube TV is said to contain nearly one pound copper and over half a pound of aluminum. There's also some gold in it, believe it or not, but in extremely tiny amounts: Only about 0.02 ounces. For these reasons and more, the researchers came together to gather data from a total of eight recycling companies in China in order to calculate the actual costs incurred by trying to extract the valuable metals from e-waste. As a side note, this practice is quite common, as it turns out, and it has a name: Urban mining.

Sponsored solution from CWC Labs: This allows you to test almost anything for 20+ heavy metals and nutritive minerals, including lead, mercury, arsenic, cadmium, aluminum and more. You can test your own hair, vitamins, well water, garden soil, superfoods, pet hair, beverages and other samples (no blood or urine). ISO accredited laboratory using ICP-MS (mass spec) analysis with parts per billion sensitivity. .

With urban mining, the researchers found that the expenses included certain costs for things like waste collection, energy, labor, material, and transportation. Capital costs for the equipment and buildings owned by the recyclers are also involved, though not included unless specifically mentioned. In addition, the expenses are typically offset through government subsidies as well as through revenue from selling any and all recovered parts and materials.

What the researchers found was that even with the offsets, it still costs 13 times more just to obtain metals from ore than from urban mining. So it seems that urban mining can be environmentally friendly, but it can also be economically viable as well. The researchers also drew certain implications that reportedly pertained to the economic prospects of urban mining, particularly as an alternative to so-called virgin mining of ores for metals, all based on the re-circulation of resources or "circular economy."

California moves to ban sales of gas-powered cars by 2035

Disposing of Disposables: 17 Over Used Disposable Items and What to Replace Them With