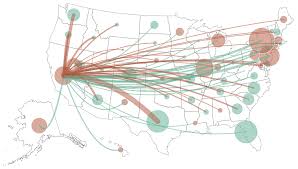 Authored by Kristin Tate, op-ed via The Hill,

Am I the only one in my spinning class at Equinox in Manhattan who's fed up paying $200 every month for a gym with clean showers, $3,000 in rent every month for an apartment without cockroaches and $8 every morning for a cup of coffee? Am I the only one moving through the greater part of New York City boroughs and seeing an inexorable march of urban decay matched with the discomfort of crowding and inexplicable costs? I know I am not.

New York is the most expensive city in America. Its lower-cost neighborhoods are riddled with crime and homelessness. Its public schools, some of which are among the worst in the nation, look more like prisons than places of learning.

With between up to 50 percent of their paycheck going to a combination of federal, local and city taxes, not including other consumer taxes baked into every aspect of their consumer practices, residents don't even have the comfort of knowing that their tax expenditures are going to the improvement of their lives in the city. New York infamously misuses the hard-earned tax revenues of its citizens in ways that scarcely benefit them.

Eventually, city and state taxes, fees, and regulations become so burdensome that people and corporations jump ship. More people are currently fleeing New York than any other metropolitan area in the nation. More than 1 million people have moved out of New York City since 2010 in search of greener pastures, which amounts to a negative net migration rate of 4.4 percent. 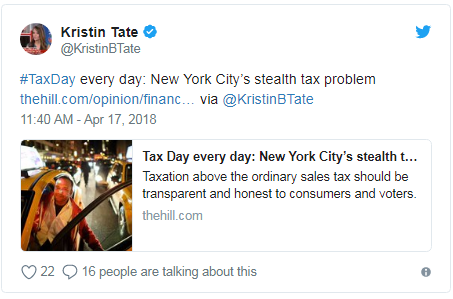 Unfortunately too many are fleeing the cities they help make a cesspool out of and will cry and whine why they can get more money for some thing or another and of course the politicians will not stand up to them and soon there will be a new cesspool.