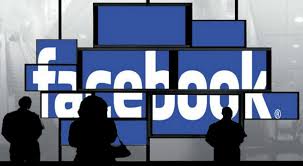 The sad thing is that there are people out there who probably think Zuckerberg is doing God's work by stamping out conservative viewpoints. It is painfully ironic: The very notion of policing and suppressing alternative points of view is a cornerstone of authoritarianism — meanwhile, Zuckerberg recently declared that fighting against such authoritarian behavior was the "struggle of our time." Newsflash Zuck: You're the tyrant, not those who don't agree with you.

Discussing the problem of "authoritarianism" while actively suppressing "political dissidents" is as Orwellian as you can get — but given that Facebook is trying to position itself as a real-life, propaganda-pushing "Ministry Of Truth," it couldn't be more befitting of the company.

And Facebook's founder recently revealed that he plans on going even deeper into the rabbit hole, by furthering his company's acts of censorship against those who dare to challenge left-wing dogma.

At an "off-the-record" meeting with a select few media outlets, Zuckerberg announced his plans to "dial up" the suppression of certain news outlets that the Facebook gremlins have decided can't be trusted. ,"We put [that data] into the system, and it is acting as a boost or a suppression, and we're going to dial up the intensity of that over time," Zuckerberg said of the company's censorship algorithms.

And again, using that infamous doublespeak to hide the true intent of his actions, Zuckerberg added, "We feel like we have a responsibility to further [break] down polarization and find common ground." How is censoring conservative speech "breaking down polarization" or finding "common ground?"