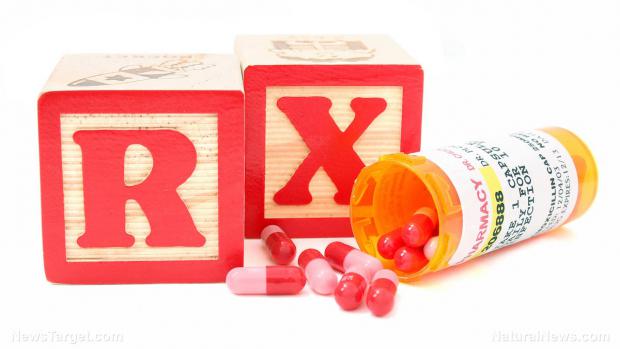 (Natural News) Are children in the United States being over-medicated? According to some recent statistics, it surely looks that way. Over a million children six years of age or under are prescribed a psychiatric medication. Overall, more than eight million kids in America are on some sort of psychotropic drug — and the medical establishment is hardly batting an eye.

In fact, now that the mass medication of American children has started to gain traction in the media, so-called researchers from Columbia University Medical Center published a study claiming that not enough children are on drugs. Sure, that's the problem — not the fact that children are blindly being given a dose of pharmaceuticals, instead of being given other options.

The risk that a three-year-old child will be diagnosed with ADHD, for example, is now over 40 percent. Do nearly half of all children actually suffer with this disorder, or are we over-diagnosing children for problems that aren't real? Not every disruptive child has ADHD — but medicating them into sedation is an undeniably "easy solution" to what, in many cases, may be a more nuanced problem.

And, as Waking Times, explains, many parents are not being given all the facts about their child's diagnosis. In many cases, the full range of side effects and health effects that can be caused by any number of psychotropic drugs is never disclosed to parents. Worse still, there are no true medical tests to confirm "mental disorders." There's a checklist, and if your child's symptoms fit the list — the next stop is the pharmacy window.

Dr. Rene Soria-Saucedo recently co-authored a study on the childhood psychiatric medication phenomenon, commenting that this trend is concerning, largely because "usefulness of medication at this early age is poorly understood." More importantly, however, is Soria-Saucedo's notation of parental involvement in over-prescription. The pharmaceutical industry is so insidious, particularly with their widespread advertisement of their medications, that parents begin to develop unrealistic expectations. He posits that the desire for  "faster results and remission of symptoms" may be part of what drives doctors to prescribe medication before suggesting less aggressive treatments, like behavioral therapy.