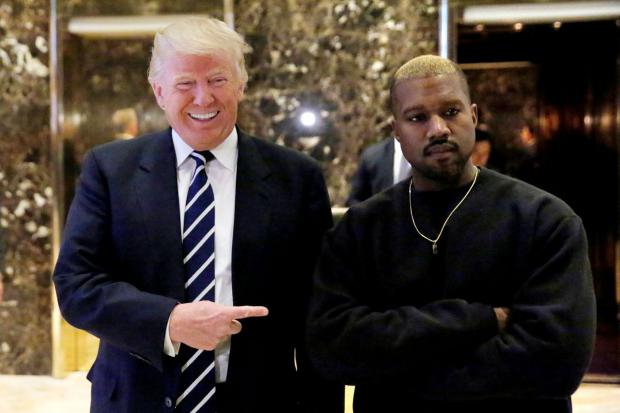 Before Kanye's support for Trump became one of the biggest news stories of the year so far, Trump's approval rating stood at just 11 per cent amongst African-American males.

According to Reuters, on April 29, a week in to the Kanye controversy, that figure shot up to 22 per cent.

In other words, double the number of African-American males now have a positive view of Trump thanks to Kanye's intervention.

The jump in the numbers corresponds directly with Kanye West expressing his support for the ideas of conservative commentator Candace Owens and Kanye openly expressing his love for Trump.

The figures not only prove Andrew Breitbart's old adage that politics is downstream from culture, they fly in the face of establishment conservatives who are claiming that Trump supporters should not embrace Kanye and his message.