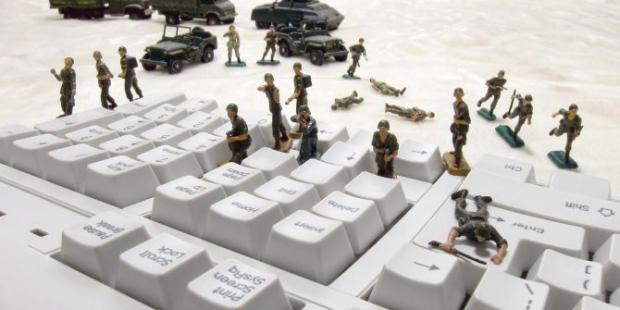 Sen. John McCain (R-AZ) is currently suffering from brain cancer and a host of other ailments as his health fails in old age. Instead of bowing out gracefully, McCain appears intent upon going down in a blaze of glory – trying to start as many wars as possible before he retires to the grave.

McCain has a new book coming out titled, "The Restless Wave." In that book, he talks about the necessity of cyberwarfare with Russia.

"We have cyber capabilities too," McCain says in his book. "They should be used to expose the epic scale of his regime's corruption or to embarrass [Russian President Vladimir Putin] in other ways."

McCain also echoed the talking points of Hillary Clinton and her deep state protectors, claiming that he wants "to make Putin deeply regret his assault on the foundation of our democracy." Of course, he offered no evidence for this claim. McCain appears to be enjoying his decline, as it allows him to shoot from the hip without any regard for his constituents or his colleagues.

"I'm freer than colleagues who will face the voters again. I can speak my mind without fearing the consequences much. And I can vote my conscience without worry," McCain said.

McCain had previously supported US military interventions into Iraq, Afghanistan and Libya and supports terrorist-linked rebels in Syria as well. He famously sang to bomb Iran while on the presidential campaign trail in 2007 and has been pushing for war in that country for over a decade.