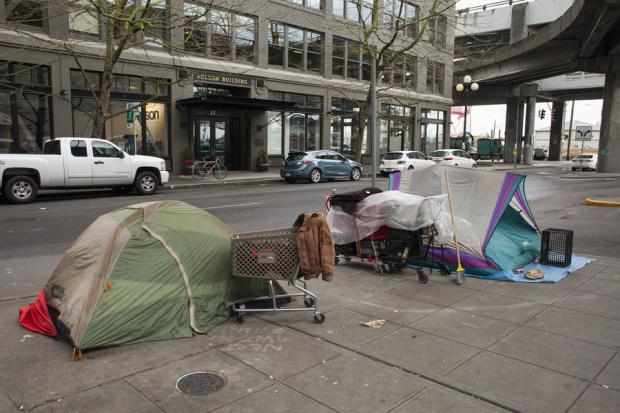 Google is building a campus that will be able to expand its workforce by 4,000 workers. Facebook is also growing its Seattle footprint. Downtown Seattle has led the world in the number of construction cranes for several years running thanks largely to the influx of high-paying tech jobs.

But now Seattle is poised to lower the boom on its largest and most successful job creators. The city council is widely expected to pass a head tax of 26 cents on every hour worked in the city. It will hit companies that have gross revenues topping $20 million a year.

The tax revenue would be used to address the city's growing homeless problem.

When business owner Saul Spady, who founded Cre8ive Empowerment, compared this to a sin tax on jobs, he was dismissed by a city council member.

"The city is going to make us choose between taking care of our employees and giving back to our community," said Spady, "and some businesses will die or leave Seattle because of this."