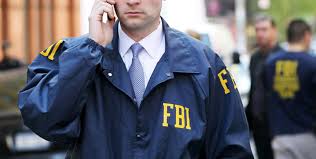 The bureau, which is used to making headlines for nabbing crooks, has been grabbing the spotlight for unwanted reasons: fired leaders, texts between lovers and, most of all, attacks by President Trump. "I don't care what channel it's on," says Tom O'Connor, a veteran investigator in Washington who leads the FBI Agents Association. "All you hear is negative stuff about the FBI … It gets depressing."

Many view Trump's attacks as self-serving: he has called the renowned agency an "embarrassment to our country" and its investigations of his business and political dealings a "witch hunt." But as much as the bureau's roughly 14,000 special agents might like to tune out the news, internal and external reports have found lapses throughout the agency, and longtime observers, looking past the partisan haze, see a troubling picture: something really is wrong at the FBI.

The Justice Department's Inspector General, Michael Horowitz, will soon release a much-anticipated assessment of Democratic and Republican charges that officials at the FBI interfered in the 2016 presidential campaign.