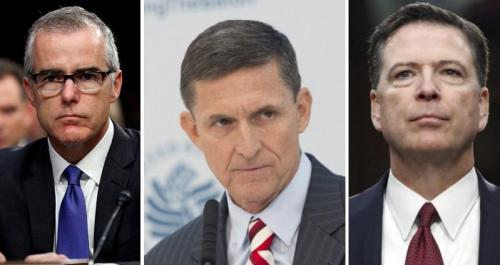 Quite a bit of FBI-related news broke late Friday;

Anti-Trump FBI "Lovebird" Lisa Page (with whom Peter Strzok was having an affaird) has flown the coop, tendering her resignation on Friday

A newly unredacted version of the House Intelligence Committee's final report on Russia was released on Friday, containing bombshell revelations stemming from the Congressional testimony of former FBI and DOJ officials Andrew McCabe and James Comey.