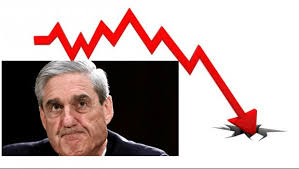 A slew of polls conducted in April show a shrinking level of support for special counsel Robert Mueller's probe into Russian interference in the 2016 presidential election.

Recent polls from Monmouth University, Quinnipiac University and Maris indicate Americans are souring on the wide-ranging probe. People are starting to see Mueller's investigation as unfair to President Donald Trump, two of the three also suggest.

Monmouth's May 1 survey finds 54 percent of Americans believe the special counsel's pursuit should continue, which is down from 60 percent in March and 62 percent in July. Nearly 43 percent think the investigation should end — up 10 points since last summer.

Support among independents for continuing the Russia investigation has declined from 63 percent in March to 54 percent in the new poll, indicating criticisms are catching beyond Trump's die-hard conservative base. The results of Monmouth's poll, which sampled 803 adults reached through cell phones and landlines, could raise red flags among Democrats hoping to court independents.

The Maris poll, meanwhile, from April 10-13 found 45 percent saying the Mueller investigation was "fair" to the president, down from a high point of 53 percent in February. A still-smaller 30 percent said Mueller's investigation was "not fair." Quinnipiac's results are similar in scope.

A Quinnipiac poll released April 26 found 54 percent of registered voters saying Mueller was conducting a fair investigation, down from a high of 60 percent in November 2017, while 31 percent said it was unfair. All three polls come as Trump continues berating those he believes are responsible for tying him to the probe.