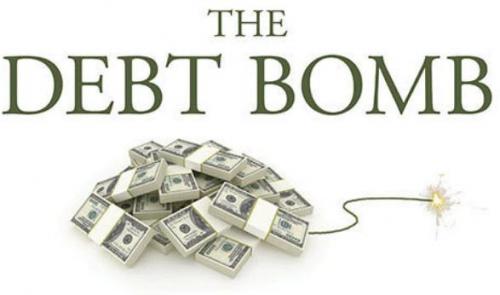 Sorry for the drama, but I need to get your attention.

We know that the Fed has kept interest rates low for many years until recently. Why did it do so? Here are some of the reasons we have been told:

The Fed wanted to stimulate the economy.

The Fed wanted to make it easier for Americans to borrow.

The Fed wanted to create a "wealth effect" to encourage spending.

Which of these statements do you think explains the primary reason for the Fed's decision to keep interest rates low? Don't bother. It is none of the above.

The primary reason the Fed kept interest rates low was to avert an economic catastrophe. Today, that catastrophe can no longer be avoided.

The trigger for the economic explosion is the rising interest payments on the federal debt.

Let's go through the numbers.

During the eight years of the Obama administration, our total national debt rose from $12.3 trillion to $20 trillion while interest rates sank to a new all-time low. (The national debt figure includes money owed by the government to itself. The debt held by the public is what interests us since the government must pay out the interest to those bond holders.)