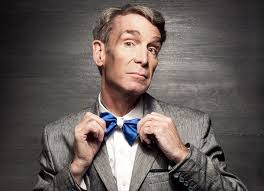 (Natural News) Former PBS "Science Guy" Bill Nye recently spoke at a fundraising event in San Antonio for Planned Parenthood of South Texas, a regional chapter of Planned Parenthood of America that he openly praised for its continued murder of unborn babies as part of a larger population reduction agenda, which he says is also helping to combat "climate change."

After congratulating Planned Parenthood for its "accomplishments" in ending the lives of some 330,000 unborn babies annually, Nye called for even more abortions to be performed in the coming years as a way to tackle the "explosive population growth" that he claims is "a major factor driving" the mythical phenomenon known as "climate change" – which liberals like himself seem to worship as some kind of religion.

In Nye's view, the more unborn babies that are murdered, the greater the "quality of life" for women everywhere, who instead of having to rear their offspring as mothers can instead enter the workforce and become fruitless and maniacal feminists. Having "fewer kids," in Nye's view, is also a great way to help stop global warming from occurring.

During his speech, Nye also took the opportunity to mock abstinence-based sex education, which he dubbed as "ineffective." Women who are taught to simply not have sex as a way of avoiding pregnancy, rather than being advised to murder their unborn children whenever they irresponsibly get pregnant, are better known as "parents," he scoffed, to the laughing and applause of his pro-abortion audience.

Nye further took aim at both coal-burning and the Second Amendment, which he implied will soon be eliminated once "the students in Parkland, Florida, at Stoneman Douglas [High School] … become voters."

"The young people are coming, look out," Nye joked, adding that, unlike their parents, these pre-adult individuals are not in denial about climate change and "women's health issues."

Crazy pervert Bill Nye claims that he's a "true" expert, and that anyone who opposes him is a "fake" expert

A New Theory for Systems That Defy Newton's Third Law

Here's How Anesthesia Affects Your Brain

Elements may have been forged on Earth, as well as in space

How Science Conquered Diphtheria, the Plague Among Children

Thinking without a Brain

The Martians of Budapest

Unprecedented view of a single catalyst nanoparticle at work