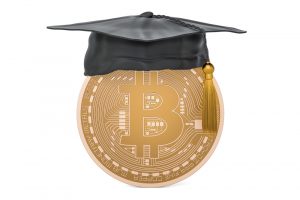 Mathematics questions pertaining to bitcoin have been included in recent high school matriculation examinations in the Netherlands. Approximately 200,000 Dutch students are estimated to have taken the OVW exam, a mandatory test for students seeking tertiary education in the Netherlands, which included five bitcoin-themed questions. According to a rough translation of the examination paper circulating on Reddit, students were given the following question introduction:

"Bitcoin is a digital currency that only exists online. It has existed since January 1st, 2009, and can be used as payment method in webstores and for other online services. Bitcoin is not, like standard money, made by a central bank. Instead, all bitcoin that exist are created by having computers participate in solving specific mathematical problems. This works as follows: everyone can run special software on his or her computer that participates in solving such a mathematical problem. The owner of the computer that solves the problem receives 25 (newly created) bitcoin as a reward. Because it was the case that in 2014 such a problem is solved every 10 minutes, 25 new bitcoins were created every 10 minutes. On January 1st, there were (approximately) 12.2 million bitcoin."

Following from the preceding introduction, students were asked to solve five different mathematical problems. The questions asked that students "calculate in what year the amount of bitcoin exceeded 18 million," "calculate from which year on the reward will be less than one bitcoin," "determine the maximal amount of bitcoin that can be in circulation," in addition to posing addition problems based on the formula used to employed to solve the aforementioned questions.

Sweden records its lowest number of covid cases since March with just 108 after country...

Sweden Close To Victory Over Coronavirus; Never Had A Lockdown Or Mask Mandate

Sweden: The Violence Is "Extremely Serious"