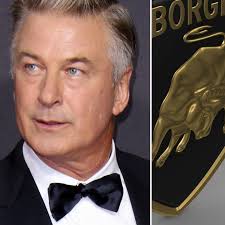 Hollywood heavy producer Andrea Iervolino explained, "Social networks and entertainment platforms are making huge profits by gathering data from their users and selling it to other corporations without rewarding their users. There is a need for a platform that provides higher levels of transparency to their users, brands, and rights holders about the revenues generated and monetization of users. Audiences need free, legal and quality content with a simple user experience." Mr. Iervolino, a dashing 30 year-old Italian, was speaking of his latest venture, Tatatu, a social media company which he implies will run on a variation on the technology currently causing fainting spells in the corporate world, blockchain. Though these pages have given voice to severe skepticism about distributed ledgers' real-world use cases, Tatatu claims it can use an immutable ledger to record transactions in an open setting, which could allow for fairer remuneration for content providers. They insist this will mitigate against piracy, a lingering concern for mainstream media. Truman Show eat your heart out:

It's Not Just Netflix That's The Problem -- It Gets A Lot Worse!