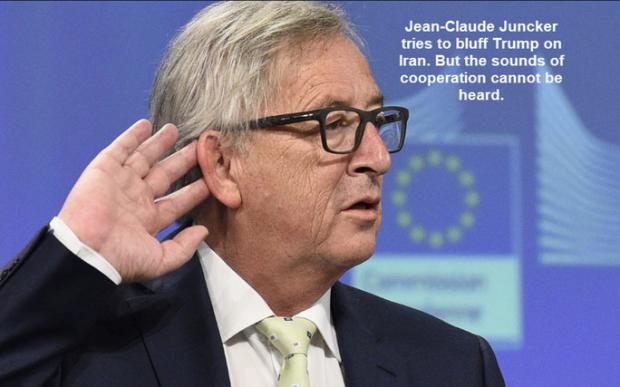 "As the European Commission we have the duty to protect European companies. We now need to act and this is why we are launching the process of to activate the 'blocking statute' from 1996. We will do that tomorrow morning at 1030," European Commission President Jean-Claude Juncker said.

"We also decided to allow the European Investment Bank to facilitate European companies' investment in Iran. The Commission itself will maintain its cooperation will Iran," Juncker told a news conference after a meeting of EU leaders.

French President Emmanuel Macron ruled out on Thursday any trade war with the United States over its withdrawal from the Iranian nuclear deal as a wave of European companies quit business with Tehran, fearing the global reach of U.S. sanctions.

Macron acknowledged the predicament of firms wanting to trade with Iran or invest there, especially multinationals with close business ties to the United States. But he made clear bigger matters were at stake.

"We won't start a strategic trade war against the U.S. about Iran," he said on arriving for a second day of a European Union summit in Bulgaria. "We're not going to take counter-sanctions against U.S. companies, it wouldn't make sense."