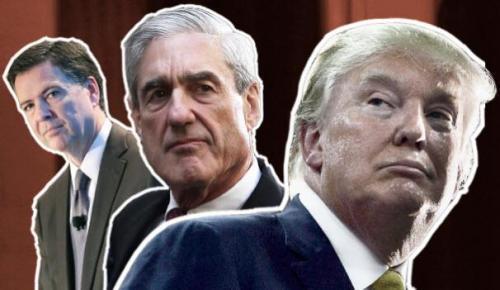 Earlier in the week, with Trump now calling out the debacle as "possible bigger than Watergate," Strassel tweet-stormed some key points that everyone - leftist and right - should consider... (that's wishful thinking)...

1. So a few important points on that new NYT "Hurricane Crossfire" piece. A story that, BTW, all of us following this knew had to be coming. This is DOJ/FBI leakers' attempt to get in front of the facts Nunes is forcing out, to make it not sound so bad. Don't buy it. It's bad.

2. Biggest takeaway: Govt "sources" admit that, indeed, the Obama DOJ and FBI spied on the Trump campaign. Spied. (Tho NYT kindly calls spy an "informant.") NYT slips in confirmation far down in story, and makes it out like it isn't a big deal. It is a very big deal.

3. In self-serving desire to get a sympathetic story about its actions, DOJ/FBI leakers are willing to provide yet more details about that "top secret" source (namely, that spying was aimed at Page/Papadopoulos)--making all more likely/certain source will be outed. That's on them